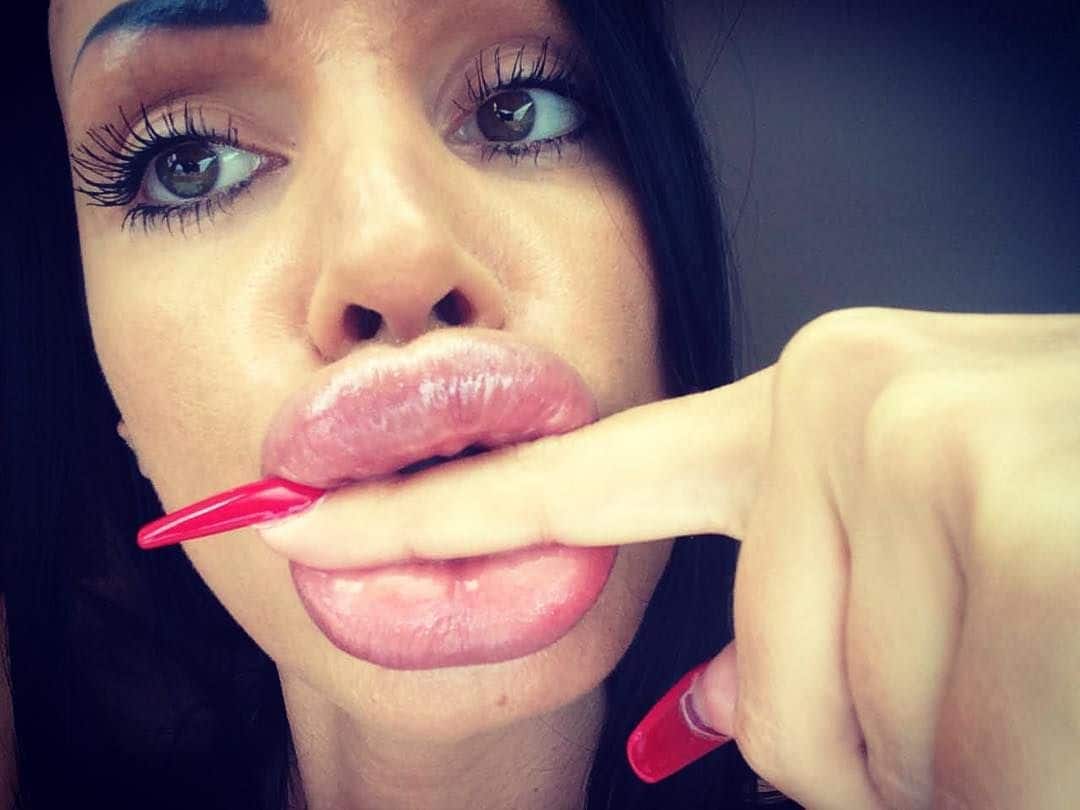 But sometimes, competition gets a little extreme and some chicks decide that they’re going to go above and beyond, but not for the benefit of anyone! I’ve tracked down some images of the worst lip injections I’ve seen: ladies that went full-on bimbo and ended up ruining their faces with a comical, clown-like pair of lips. Warning: if you were hoping to find some DSLs worth jerking off to, turn back now! 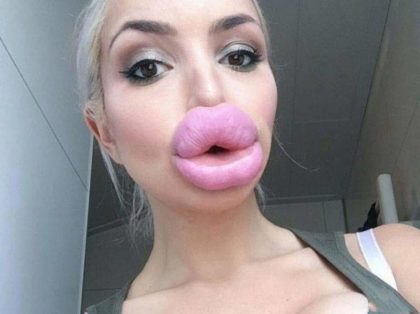 I mean, look at the state of these things! The camera angle even suggests that she’d have some serious issues smelling anything: there’s no way that lip isn’t blocking off some vital olfactory systems. Not to mention that the shade of pink she went with is less than desirable: these are prime candidates for the ‘Worst Lip Injections of the Year’ award. 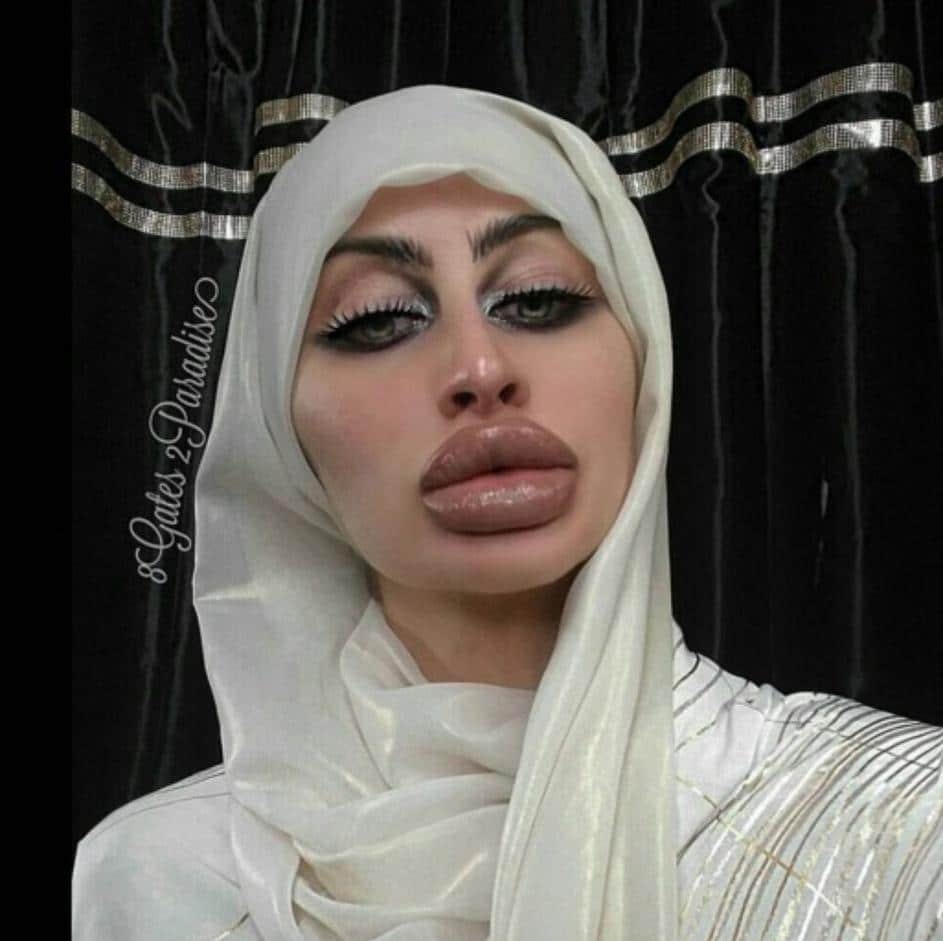 Mr Porn Geek spent a few months last year living in Kuala Lumpur, a country with a decent population of Muslims. I actually loved the fact that a decent number of them decided that while they were going to accept the social pressure of wearing headscarves (an item of clothing used to denote sexual modesty), they still wore makeup and donned high heels. I just love the combination of traditional Islamic dress and Western features of sexual liberty. The image above features 8Gates2Paradise – a Afghanistani model who has sadly deleted her Instagram account – with a pair of insanely large DSLs. I’m convinced that those slabs of meat are anything but halal! I’d even be tempted to say that out of all the lip injection fails featured on this page, this jihadi slut is the only one I’d let get anywhere near my pristine cock. 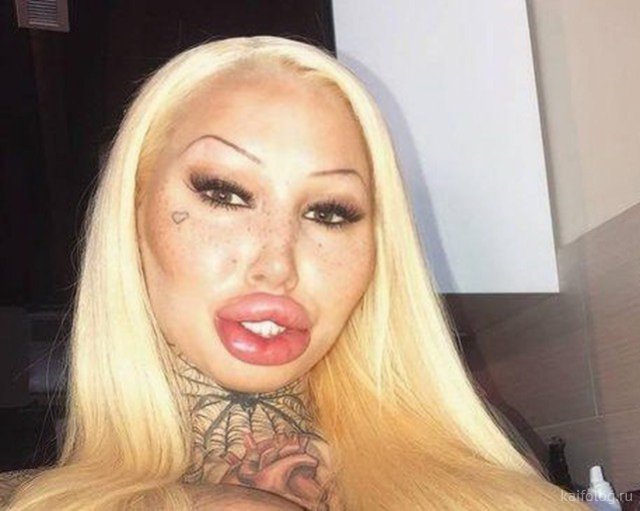 Oh dear – you were so close to looking like a nice tattoed piece of fuck meat, but you went too far on the lip injections and they lost all of their shape! This just goes to show that when it comes to getting a pair of dick sucking lips, less is more. Those pillows would be pristine if she took out, say, 20% of the filler. Too bad that this particular girl went a little too far and is no longer primo bimbo material. I’m sure plenty of you would still let her give you a blowjob – not me, though! Those are too big for my comfort. 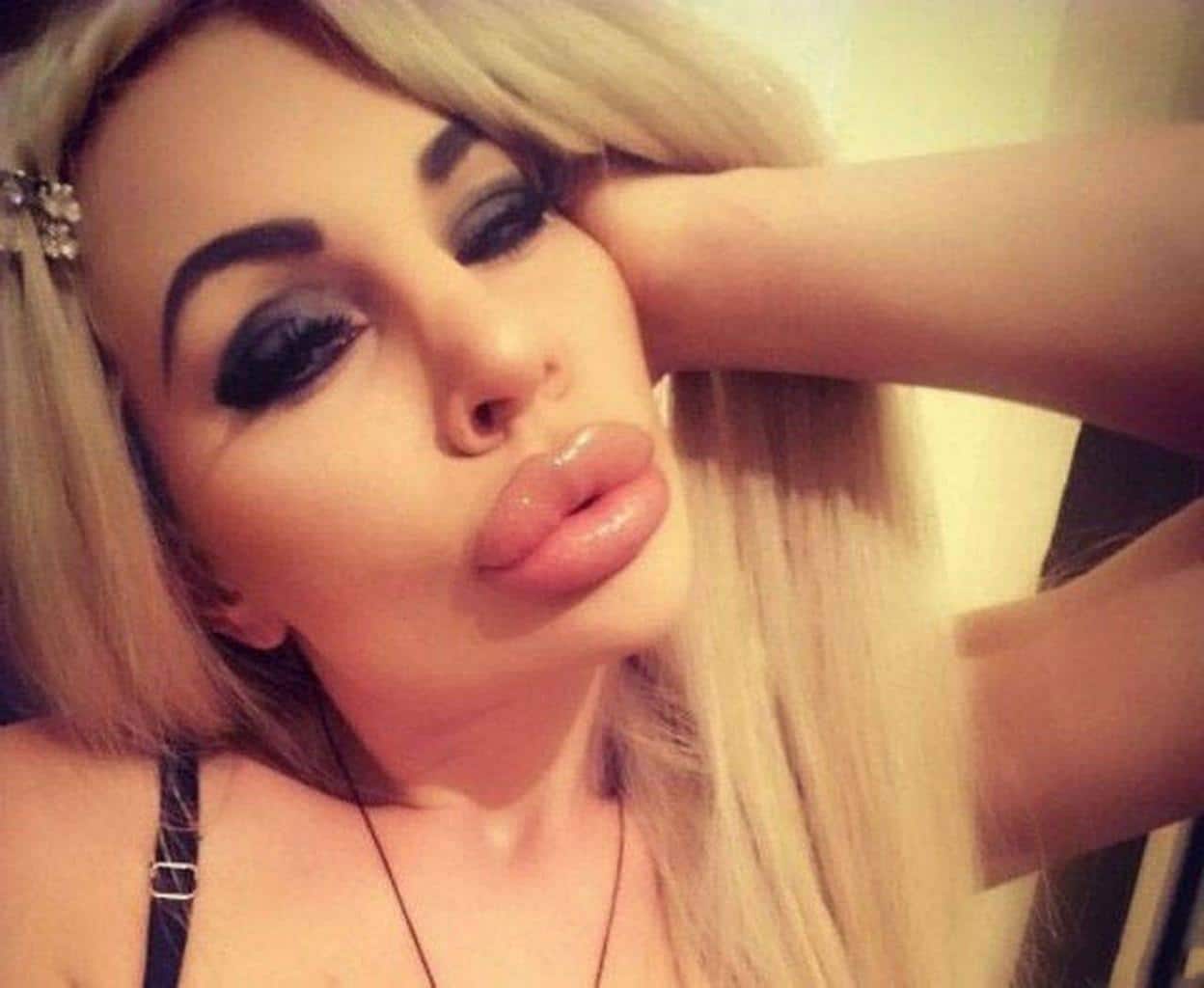 I feel sorry for girls like this: just imagine how much money they have to spend on a weekly basis for stuff like balm and lipstick – the costs start to rack up as soon as you get yourself a juicy pair of lips! Honestly, I think these should be shrunk to half of their size and maybe – just maybe – I’ll give you a pass. Oh and please work on those eyebrows honey: it might take a while for your lips to come down in size, but there’s no reason those caterpillars need to stay! 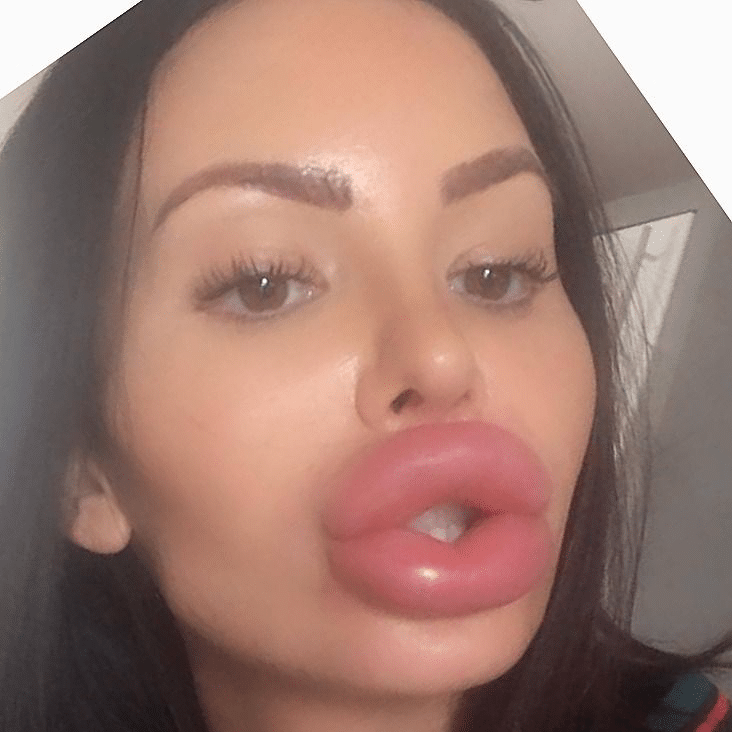 Full credit here – the structure of these fake lips is pretty damn impressive, but come on girl – do you really think that’s attractive? It looks like something out of a comic or something – you’ve got two cartoon sausages stuck to your face! It’s a damn shame too, since she looks quite naturally attractive: the quest for bimbo perfection seems to have taken another victim here. Let’s hope that once the filler runs out she decides to go for a half (or even a quarter) dose next time. 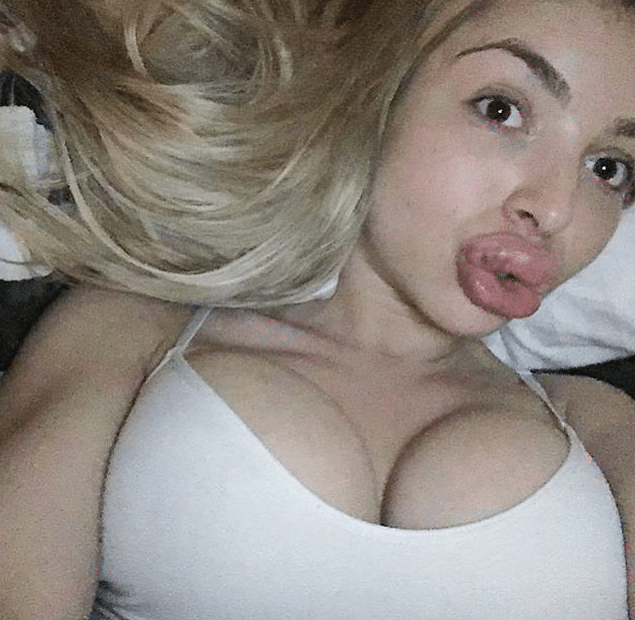