Siswet – an amateur slut who’ll put anything in her ass

Some girls love expensive shoes, others like fast cars and muscly dudes. Siswet? She likes putting stuff in her ass.

While some women are only concerned about men buying them drinks, Siswet is a little different. She prefers being able to serve up a decent beverage to any man that wants one – provided they’re happy it comes straight from her butt. What’s particularly telling about this video is that while a number of women out there are able to fill their asses up with glass bottles, not many can then go right ahead and manage to pour one out for you without a care in the world. They’re trialing this type of service in Las Vegas currently and, laws permitting, it should be coming to a strip club near you in the not too distant future. The wonders of entrepreneurship!

If you thought that humans didn’t lay eggs: think again. Now, I don’t know about you, but in my time, I’ve had my fair share of pretty huge poops. Those things hurt man – it wasn’t a pleasant experience! I’m also quite a bit bigger than Siswet, and the egg she’s pooping out here is quite a bit larger than anything I’ve passed before. Oh, and to top it all off – the last thing I wanted to do after giving birth through my ass was to instantly masturbate. Alas, Siswet is an addict when it comes to this type of thing. Serious question though: does she ever load up on fibre off-camera, wait a few days and then have a wonderful session on the toilet? Most folks just play Candy Crush while they’re passing a deuce: I wouldn’t be surprised if Siswet was furiously rubbing her clit while getting rid of yesterday’s dinner. 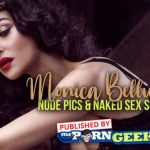